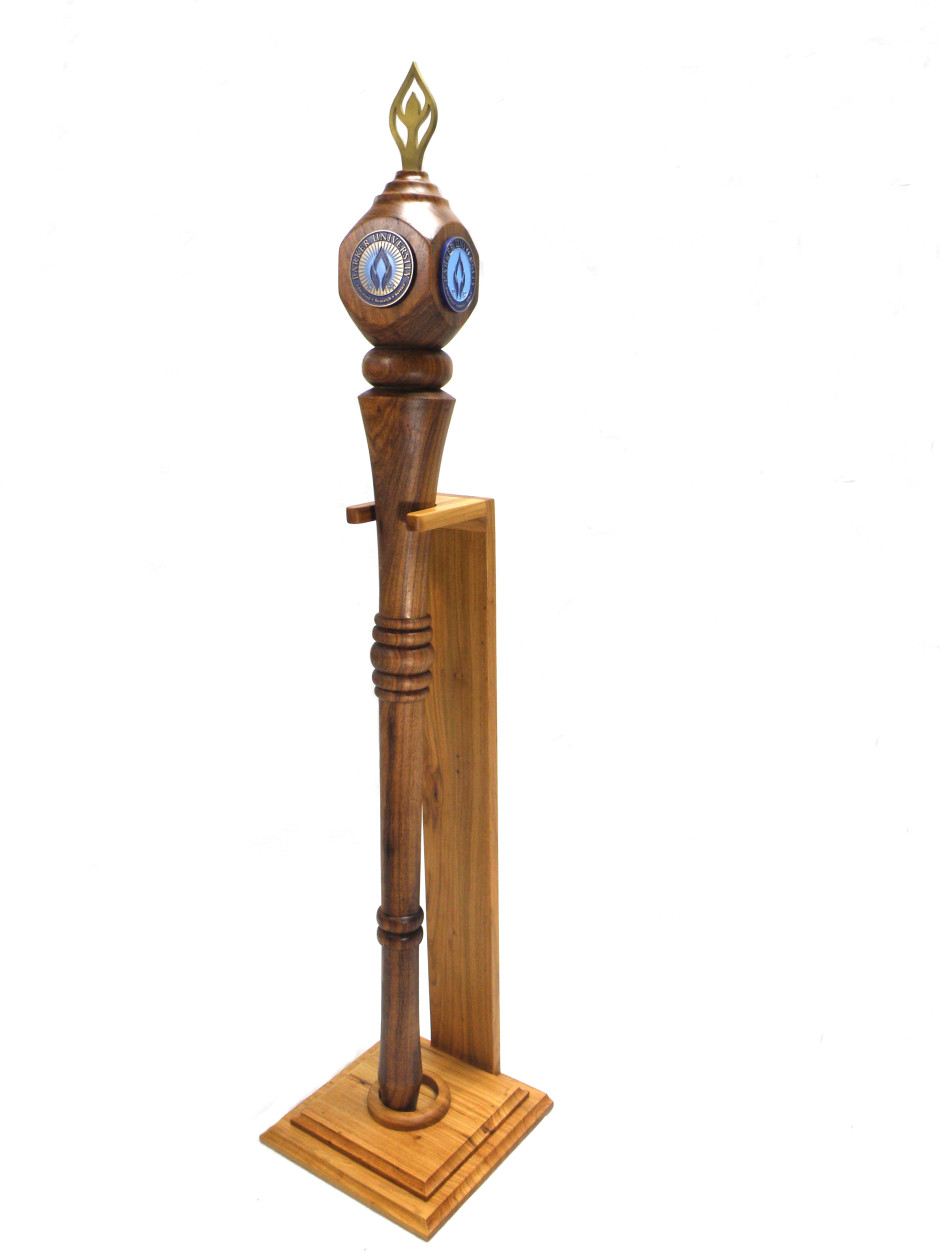 In early 2015, I was asked by the institution where I work, Parker University, whether I would be interested in crafting a ceremonial mace for use during graduation ceremonies. (I guess the word is out that I can build stuff!) For those of you not in the know (and I was one of them…), a ceremonial mace “is a highly ornamented staff of metal or wood, carried before a sovereign or other high official in civic ceremonies by a mace-bearer, intended to represent the official’s authority. The mace, as used today, derives from the original mace used as a weapon (Wikipedia).” Yep, it originated as a weapon!

After discussing the project more with members of the mace design team, I developed a working model in SketchUp. The team members provided some feedback on the drawing and I turned a prototype from ash. One crucial lesson I’ve learned over the years is whenever possible, develop a prototype, either of the project itself or of specific elements of the project that are especially difficult or new to you. The prototype should not be of high quality (i.e., don’t spend a lot of time sanding, etc.), it should provide some insight or perspective on the final product and be made from inexpensive (i.e., throwaway) materials. This simple step, though it may seem time consuming, will bear tremendous rewards in the overall quality of the final product.

After sharing the prototype with the team and getting some great feedback, I set out to turn the final product. The overall project took about 60 hours (from design to prototype to final product). The mace is turned from Texas mesquite (if you need mesquite, contact Mesquite Valley Woodcrafts – great service!) and the stand is made from Texas pecan (the institution wanted the mace to be made from native hardwoods). In addition to turning the mace, I designed the metal flame that sits at the top. I worked with a local company, Waterjet Works, to have it cut using their waterjet machine.

Head on over to the Portfolio section of our site to view more photos of the mace and a time-lapse video of it being turned.